Martin Zuhamensky, Head Chef at The Playboy Club London was today crowned Game Chef of the Year following a cook off with nine other chefs from across the UK. 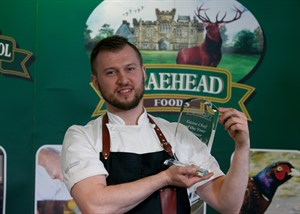 The competition organised by Scottish game processor Braehead Foods has been running for the last four years with a record number of entries again this year. The nationwide search to find the UK's best professional game chef began in August and concluded today at The Cook School Scotland in Ayrshire. 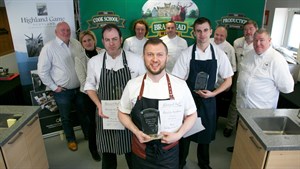 Applicants were required to submit two game based dishes, one starter and one main course with the judges looking for fresh, innovative dishes.

All 10 finalists each received £100 and had the chance to prepare, cook and present two game based dishes to the panel of judges; Michelin star chefs Tom Kitchin and Dominic Jack, Braehead Foods Consultant Chef Paul Gayler MBE, Braehead Foods Executive Chef Joe Queen and Ian McAndrew of the Academy of Culinary Arts.

This years winner, Martin, has won a once in a lifetime trip to Sweden where he will hunt wild boar, courtesy of Highland Game.

Martin has been working for the Playboy Club in London for two years now, having previously worked at Michelin starred restaurants Hibiscus and Texture. Martin said 'This has been a fantastic experience, I wasn't expecting to win. I was hoping to finish in the top five so to win is a real honour and a great achievement.'

Martins starter was partridge with pickled blackberry, sorrel emulsion, pearl barley and jus; the judges said his dish has nice composition and the meat was cooked perfectly. For his main course he made hay smoked fallow deer, roasted butternut squash, medjool date paste, confit potatoes, mustard and shallot puree and cinnamon jus. This dish was the judges favourite of the day with Paul Gayler MBE describing it as 'a fantastic well balanced dish with excellent presentation'. 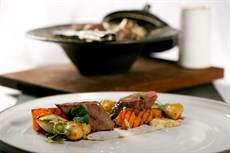 If you're interested in applying for Game Chef of the Year 2016, please click here and we will keep you up to date.